You are using an outdated browser. Please upgrade your browser to improve your experience.
by Lory Gil
December 18, 2012
This morning on NBC's "Today" show, Time magazine revealed its list of the top eight contenders for the 2012 Person of the Year cover. Included in that list is Apple CEO Tim Cook. Being named alongside influential people such as Pakistani student activist Malala Yousafzai and President Barack Obama must be a huge honor for the humble head of Apple, Inc. Thanks to his recent efforts to improve working conditions in Chinese factories and bring electronics manufacturing back into the U.S., Cook deserves the honor. The list of eight includes Yahoo CEO Marissa Mayer, Egyptian president Mohammed Morsi, Bill and Hillary Clinton (as one nomination), Undocumented Americans, Italian physicist Fabiola Gianotti alongside the recently confirmed elementary particle Higgs Boson, and the above-mentioned Tim Cook, Malala Yousafzai, and President Obama. Last year, Time magazine chose “The Protestor” for the 2011 Person of the Year cover. Considering the criteria, a person, group, or thing that had the single greatest impact during the past year, Cook’s companions on this year’s list all seem like strong candidates. Apple’s current CEO had some fairly big shoes to fill when he stepped in to take over for the late, great Steve Jobs in mid 2011. This past year has been a rocky one for the new guy. We’ve seen a mass exodus that included the likes of Ron Johnson, Bob Mansfield, and Bertrand Serlet. Even more recently was the shake-up in the executive pool that ended Scott Forstall and John Browett’s time at Apple. Oh, and we can’t talk about rocky times for Apple without mentioning “Mapsgate.” After all is said and done, Cook has managed to weather the storm and present the world a new way of doing things that includes working toward protecting the human rights of foreign workers and bringing jobs back to the U.S. Maybe the Maps app turned out to be a huge failure, but Apple’s CEO wasn’t nominated for Person of the Year because of how well the company is doing. He was nominated for his impact on the world. Via: Macgasm 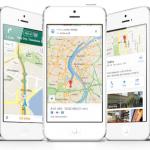 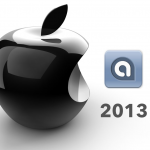 Here Are 13 Ways Apple Could Think Differently Yet Again Heading Into 2013
Nothing found :(
Try something else