You are using an outdated browser. Please upgrade your browser to improve your experience.
by Bryan M. Wolfe
January 18, 2013
Instagram’s new terms of service agreement takes effect Saturday, Jan. 19. When it was first announced, this policy was criticized by many over privacy concerns. The document was subsequently revised yet again. First announced in December, the new policy included language that would make it possible for Facebook to include user photographs in future ad campaigns. Facebook purchased Instagram in 2012. The document originally stated:

This didn’t go over very well with users. Almost immediately, many took to Facebook and Twitter to announce their displeasure. Others simply canceled the photo-sharing service and sought an alternative, including corporate users such as National Geographic. Due to the backlash, Instagram removed the critical language. As Instagram founder Kevin Systrom stated at the time:

Since then, National Geographic has returned to Instagram and the negative publicity has largely died down. In fact, the number of Instagram users grew by 10 percent after the new terms were originally announced, and then revised. Regardless, the new TOS goes into effect tomorrow. It includes mostly mundane language. To read it, click here. If you haven't already done so, you will be asked to accept the terms of this agreement the next time you open the Instagram app on your iPhone or access your account online.

Users In The US, Say Hello To Free Calling Via Facebook Messenger 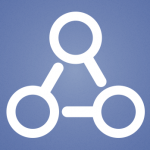 Op-Ed: Facebook's Graph Search Tool Is Coming To iOS To Take On Google
Nothing found :(
Try something else