You are using an outdated browser. Please upgrade your browser to improve your experience.
by Brent Dirks
January 17, 2013
While Apple has made it clear that Siri is planning to brush up on her language skills, another recent job posting hints that the personal assistant is going to become even wittier. The posting for the Siri Writer/Editor was first spotted by 9to5Mac. Some of the key qualifications include demonstrated experience in writing character-driven dialog and great vocabulary and cross-cultural knowledge. Here’s the job description:

We’re looking for a uniquely creative individual to help us evolve and enrich Siri, our virtual personal assistant. Siri’s known for ‘her’ wit, cultural knowledge, and zeal to explain things in engaging, funny, and practical ways. The ideal candidate is someone who combines a love for language, wordplay, and conversation with demonstrated experience in bringing creative content to life within an intense technical environment.

Originally introduced in 2011, the virtual assistant has very slowly been getting better. After once being an iPhone 4S only feature, Siri can be found on numerous iOS devices. In the upcoming 6.1 version of iOS, Siri will be able to help buy movie tickets, which is a nice feature. While I’m pleased Apple is improving Siri’s personality, I hope the assistant can also gain some more intelligence. After the spectacular Google Search app was updated with some very accurate speech recognition functions, I’ve mostly turned my back on Siri. And I think it will take a lot for me to come back with open arms. Via: 9to5Mac 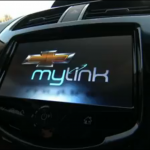 CES 2013: All Eyes Are On Chevrolet's MyLink With Siri Eyes Free Integration 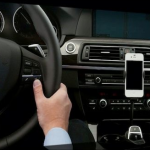 Hyundai To Integrate Siri 'Eyes Free' Mode Into Its Vehicles
Nothing found :(
Try something else