You are using an outdated browser. Please upgrade your browser to improve your experience.
by Aldrin Calimlim
January 14, 2013
Apple has reportedly cut its component orders for the iPhone 5 on account of the device's "weaker-than-expected" demand. Citing "people familiar with the situation," The Wall Street Journal reports that orders for iPhone 5 screens and other parts have been cut by the Cupertino-based company. In particular, Apple's orders for the device's screens for the first quarter of this year are said to have been reduced by as much as 50 percent. The suppliers of the affected parts are said to have been notified by Apple in December last year. Apparently, these suppliers include a number of Japanese component companies. In a separate report by Nikkei, some Japanese suppliers that are part of Apple's supply chain are said to be looking to partner with other tech companies because of weak iPhone 5 sales. Japanese component companies mentioned in the report include Sony, TDK, Toshiba, and Murata. In addition to iPhone 5 screens, these companies supply semiconductor memory, battery, and power source coil components for the device. Exactly what factors have brought about the "weaker-than-expected" demand for Apple's latest smartphone are unclear. But one of them may very well be the possibility of a lower-end, less expensive iPhone on the horizon. Source: The Wall Street Journal, Nikkei 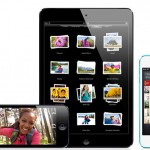 Apple Rumored To Be Already Testing Golden Master Of iOS 6.1 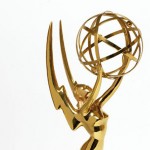 Apple Receives Technology And Engineering Emmy Award At CES
Nothing found :(
Try something else