You are using an outdated browser. Please upgrade your browser to improve your experience.
by Aldrin Calimlim
January 9, 2013
We heard it first yesterday from a publication of, shall we say, rather questionable merit. But now, we have not one, but two high-profile publications claiming the same thing. Both The Wall Street Journal and Bloomberg have echoed Digitimes in reporting that Apple is developing a cheaper iPhone to be launched in late 2013. If you'll recall, nearly two years ago, both publications had come out with reports about a lower-end iPhone said to be in the works in Cupertino. This time, The Wall Street Journal and Bloomberg are practically continuing those reports. According to The Wall Street Journal, Apple is planning on releasing an iPhone that resembles the standard model yet has a different and less expensive body:

One possibility under consideration is lowering the cost of the device by using a different shell made of polycarbonate plastic; in contrast, the iPhone 5 currently has an aluminum housing … Many other parts could remain the same or be recycled from older iPhone models.

The Wall Street Journal points out, though, that "Apple could still decide to scrap the plan." For its part, Bloomberg's similar new report states that Apple is considering retail prices of $99 to $149 for the device. In addition, Apple is said to have already discussed possible subscription plans with at least one of the top wireless carries in the U.S. Both publications maintain that this shift in Apple's strategy is part of the company's bid to better compete in China and other emerging markets. Sources: The Wall Street Journal, Bloomberg Via: 9to5Mac 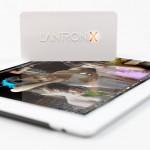 How To Change Your iPhone’s Carrier Logo
Nothing found :(
Try something else