You are using an outdated browser. Please upgrade your browser to improve your experience.
by Brent Dirks
January 10, 2013
Don’t hold out hope for a cheaper, smaller iPhone just yet. In an interview with the Shanghai Evening News in China, Apple’s own Phil Schiller says cheap smartphones won’t be part of Apple’s future. The Next Web, which verified with Apple that the interview was legitimate, has translated some more of the interesting tidbits with the senior vice president of worldwide marketing:

“Every product that Apple creates, we consider using only the best technology available. This includes the production pipeline, the Retina display, the unibody design, to provide the best product to the market.”

And not surprisingly, Schiller also said Apple’s focus is on profit and not market share:

Rumors of a smaller handset have been around almost since the iPhone’s introduction in 2007. And both The Wall Street Journal and Bloomberg reported this week that Apple was in fact creating the so-called iPhone ‘mini’ to better compete in emerging markets like China. But despite research that says the hypothetical handset could reach a whopping 580 million new customers, it looks like Apple is staying on course and worrying about only capturing more profit. Source: Shanghai Evening News Via: The Next Web 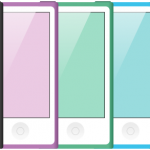 Opinion: Thinking About A $99 ‘iPhone mini’ Keeps Bringing Me Back To The iPod nano
Nothing found :(
Try something else