You are using an outdated browser. Please upgrade your browser to improve your experience.
by Aldrin Calimlim
February 14, 2013
Apple is set to release an upcoming software update to fix a bug affecting Microsoft Exchange accounts on devices running iOS 6.1. In a newly posted document in its official technical support database (first spotted by ZDNet), Apple has effectively acknowledged the issue:

As noted by Apple, an exception is defined as "a change to a single instance of a repeating calendar event." Apple promises to fix the issue through an upcoming software update. Presumably, it's an incremental update to iOS 6.1, which was released a little over a couple of weeks ago. Until that update arrives, you can avoid the bug by not responding to an exception to a recurring event on your iDevice. Notably, the upcoming update is not the first remedial patch released for iOS 6.1. Just last Monday, Apple released iOS 6.1.1 in order to fix an issue that impacts cellular performance and reliability on the iPhone 4S. 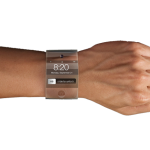 Apple Reportedly Has Team Of Product Designers Already Working On iWatch
Nothing found :(
Try something else