You are using an outdated browser. Please upgrade your browser to improve your experience.
by Aldrin Calimlim
February 14, 2013
Apple's much vaunted Siri Eyes Free mode has finally made its debut. As reported by Forbes, it has done so through its integration in General Motors' Chevrolet Spark and Sonic models, which have just officially launched. General Motors announced in November last year that it would be integrating Siri into its Chevrolet Spark and Sonic LTZ and RS car models. And so it has, through the models' MyLink infotainment system. As noted by Forbes:

Users can ask Siri questions and initiate commands in natural language without taking their eyes off the road; the system even blanks out the iPhone’s screen to minimize distraction. Siri can be used to call people, select and play music, hear and compose text messages, get directions, read notifications, find calendar information and add reminders, all on a hands-free basis. The system can’t, however, be able to handle complex issues that would only be solved by displaying a Web page, or perform tasks like changing the radio stations on the car’s audio system or adjusting the climate control.

Such features and limitations are highlighted by Brad of Chevrolet when he demoed MyLink with Siri Eyes Free Integration to my colleague Dom at this year's CES. Check out the video of the demonstration below: If you can't see the video embedded above, please click here. Siri Eyes Free mode was introduced by Apple at last year’s Worldwide Developer Conference. At the event, Apple announced that it had partnered with a number of car manufacturers to integrate Siri into their vehicles. Apple's initial partners were BMW, Mercedes, Land Rover, Jaguar, Audi, Toyota, Chrysler, Honda, and General Motors. Hyundai and Honda eventually followed suit earlier this year. 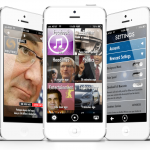 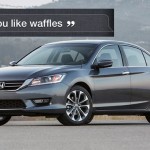 Honda And Acura Will Offer Siri Eyes Free On 2013 Model Cars
Nothing found :(
Try something else