You are using an outdated browser. Please upgrade your browser to improve your experience.
by Aldrin Calimlim
February 28, 2013
Since day one, most of us here at AppAdvice have been satisfied users of Day One. As it happens, we're about to be more so, seeing as this popular journal app for iOS has just gotten another neat update. Most notably, Day One's new update adds PDF export. Just go to the app's settings section and select the Export to PDF option. When exporting to PDF, you can choose to include all entries in your journal or only those within a custom date range. Additionally, you can choose to include only the entries that have a specific tag. Once your selections are in order, just tap the Create New PDF option. PDF exporting runs in the background, and once completed, it creates a new entry that you can tap to view. In the PDF viewer, tap the Send button to print the current PDF, email it, or open it in other apps, including iBooks and Dropbox. Quick PDF export is also offered in the Send menu of single entries. I must say that I'm really impressed with Day One's new PDF export feature. Day One developer Bloom Built didn't just put it in the app just for the sake of having it there. Rather, its implementation was evidently well-thought-out. The new Day One update also includes the following improvements: Designed for iPhone, iPod touch, and iPad, the newly updated Day One is available in the App Store for $4.99. According to Bloom Built, the app's Mac edition is also set to get a notable update soon. Day One for Mac, which deservedly earned Apple's Mac App of the Year for 2012 award, is said to gain such useful features as location, weather, and tags, among many others. You can download Day One for Mac in the Mac App Store for $9.99. [gallery link="file" order="DESC"] 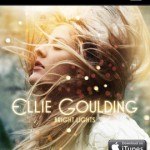 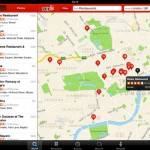 More Social And Streamlined Yelp For iOS Now Open For Business
Nothing found :(
Try something else