You are using an outdated browser. Please upgrade your browser to improve your experience.
by Aldrin Calimlim
March 28, 2013
A couple of weeks after Apple began offering refurbished models of the iPad mini, industry sources are now claiming that the iDevice maker has cut its iPad mini shipments for the second quarter of 2013. This is according to DigiTimes, which cites multiple supply chain sources in its new report. The Taiwanese tech newspaper reports that Apple has cut its shipments for the mini tablet to between 10 and 12 million units for the said period. Apparently, Apple is making cuts to its reserves in favor of the next-generation iPad mini, which is believed to be launched in the third quarter. But DigiTimes' sources also pointed out that the decrease might be in response to "increased competition from various 7-inch Android tablets." The next-generation iPad mini, which was originally expected to be released this spring, is rumored to include a Retina display. Previous reports have suggested that the iPad mini’s Retina display could cost as much as $12 more than the current display, increasing Apple’s cost per unit to approximately $200. Earlier this month, however, Rene Ritchie of iMore reported that a Retina display for the next-generation iPad mini is unlikely, although the device may debut as early as next month. 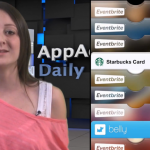 Rekindle Your Relationship With Passbook: Here's How 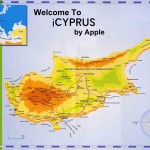 Commentator: Apple Should Buy Cyprus And Rename The Island Nation 'iCyprus'
Nothing found :(
Try something else