You are using an outdated browser. Please upgrade your browser to improve your experience.
by Aldrin Calimlim
March 22, 2013
There appears to be a new contender in the race to release the smart watch of the future. And it's none other than Google. Rumors of the so-called iWatch continue to pile up. But just a couple of days ago, a top-level executive confirmed that Samsung is hard at work on its own wristwatch-like device. And now, the company behind the popular Android mobile operating system is said to be developing its next-generation smart watch. With reference to Google Glass, the search giant's upcoming wearable computer, The Financial Times reports:

While Glass is being created in its X Lab, home to experimental “moonshot” projects such as the self-driving car, Google’s smart watch is being developed by its Android unit, according to a person briefed on the project, to act as an extension to the smartphones using that operating system. The project is separate from Samsung’s efforts, the source said, although there is no indication of when it might launch.

The publication also mentions a Google patent application, filed in 2011 and approved last year, that points to the possibility of a Google smart watch. If and when Google releases a smart watch, the device is likely to be tightly integrated with Google Now, the company's Siri-like intelligent personal assistant on Android. And if and when Google releases a smart watch, it's likely to join Apple and Samsung in penetrating the global watch industry, which is predicted to generate more than $60 billion in sales this year. Image via: Apple iWatch Concept by Esben Oxholm 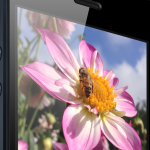 Apple To Reject Apps With UDID Access, Without Retina And iPhone 5 Support

No Samsung Displays On Apple's Next Generation iOS Devices
Nothing found :(
Try something else