You are using an outdated browser. Please upgrade your browser to improve your experience.
by Aldrin Calimlim
March 21, 2013
Following Google's announcement that it's set to sunset Google Reader by this July, a number of services have risen to the occasion as alternatives to the soon-to-be-no-more feed reader. One such service is NetNewsWire. One of the first RSS readers on any platform, NetNewsWire is set to make its big comeback on Mac and iOS soon. NetNewsWire was acquired by Apple-focused developer Black Pixel in 2011. But since then, the development of NetNewsWire has stalled. As it turns out, though, Black Pixel has been working on new versions of NetNewsWire for Mac and iOS. This and more has just been revealed by Black Pixel founder Daniel Pasco in a blog post. "We have some great new features and a modern design that we can't wait to show you," he says. "Much of last year was spent on moving NetNewsWire for Mac forward to keep up with the times," he adds, "and we completely rewrote the iPhone and iPad versions of it from scratch." He also says that the renewed development of NetNewsWire involves the integration of sync. He and the rest of the Black Pixel team has considered using iCloud to this end. But as many other developers can attest to, iCloud has issues with syncing that are just not worth the bother. Rest assured that Black Pixel is working hard to release new versions of NetNewsWire that are "worthy of the name and history you have come to expect." In the meantime, you can check out our list of recommended Google Reader alternatives here. 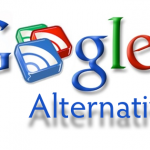 Google Reader Is Dead, Long Live These Alternatives
Nothing found :(
Try something else