You are using an outdated browser. Please upgrade your browser to improve your experience.
by Brent Dirks
March 26, 2013
The iPhone is coming to T-Mobile, finally. During an event in New York City, the fourth-largest carrier in the United States announced that iPhone 5 will arrive on Friday, April 12. Also, the iPhone 4S and iPhone 4 will be available in "select markets" at an unknown time. While this is good news for many customers of the carrier, T-Mobile is trying something a little different with its UnCarrier initiative. Instead of purchasing a subsidized handset and being locked into a two-year contract, you can snag the iPhone 5 for $100 down. The catch is that you will pay the rest off in $20 montly installments for the next two years. The iPhone 4S will cost $70 down with the same $20 installments while he iPhone 4 will be $15 up front with $15 monthly payments. If you cancel with T-Mobile before the end of the two-year period, you’ll own the phone, but it will be locked with the carrier. Plans start at $50 a month for unlimited talk, text, and 500 MB of unthrottled data. T-Mobile also announced its new LTE service that will launch in seven cities across the country. If you’re not lucky enough to be in one of those markets, all iPhones from the carrier will run on its “4G” HSPA+ network. 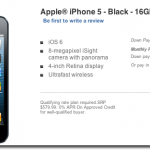 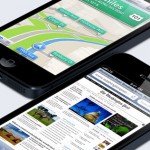 Upcoming Update Will Bring LTE Support To Unlocked iPhone 5s On T-Mobile
Nothing found :(
Try something else