You are using an outdated browser. Please upgrade your browser to improve your experience.
by Aldrin Calimlim
March 9, 2013
Apple CEO Tim Cook may have to testify in the e-book price fixing lawsuit filed by the U.S. Department of Justice against the company behind iBooks and the iBookstore. This is suggested in a brief order by U.S. District Judge Denise Cote, who is in charge of the lawsuit. Bloomberg has the story:

In a three-sentence order, Cote set a telephone conference for March 13 after the U.S. asked her in a letter on March 6 for “assistance in settling a discovery dispute” with Cupertino, California-based Apple over Cook’s deposition. The March 6 letter wasn’t part of the publicly available court file.

A few days ago, it was reported that Walter Isaacson, Steve Jobs' biographer and author of the bestselling 2011 biography of the late Apple CEO, had been dropped from the lawsuit. Issacson was previously demanded to testify in the case. But he declined to testify with invocation of a New York law that allowed journalists to shield their sources. But even with the exclusion of Isaacson, Jobs himself will remain a central figure in the lawsuit. It's hardly surprising then to have his successor, Cook, testify in the case. The lawsuit, filed last year, accuses Apple of colluding with publishers in order to fix the prices of e-books. The publishers involved in the case have since settled with the Department of Justice, leaving Apple as the sole defendant. 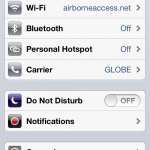 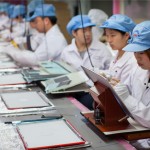 Apple Reports 99% Supplier Compliance To Its 60-Hour Workweek Limit
Nothing found :(
Try something else