You are using an outdated browser. Please upgrade your browser to improve your experience.
by Aldrin Calimlim
March 6, 2013
Author Walter Isaacson has been dropped from the antitrust lawsuit filed by the U.S. Department of Justice against Apple and its partner publishers, reports PaidContent. Issacson, who wrote the authorized biography of Steve Jobs published in 2011, was previously subpoenaed to provide evidence based on his interviews with the late Apple cofounder. But he declined to testify on the strength of a New York law that protected journalists from revealing their sources. As it turns out, he won't have to appear in court after all, since he has just been excluded from the case. Be that as it may, the subject of his bestselling biography will remain a key figure in the proceedings. The case is rooted in a special agreement reached prior to the launch of iBooks alongside the iPad in early 2010. The agreement was reached by then Apple CEO Steve Jobs and five of the “Big Six” book publishers: HarperCollins Publishers, Hachette Book Group, MacMillan, Penguin Group (USA), and Simon & Schuster. The agreement, which Random House did not accept at the time (but later did), would enable publishers to set the price of a book and let Apple claim a 30 percent share from the sale of the book. Commonly referred to as an agency model, it would also prohibit Apple’s rival retailers (Amazon, most notably) to sell the same book at a lower price, or else the involved publisher would restrict access to the book. According to the Justice Department, the agency model pioneered by Apple had led to high e-book prices and unhealthy competition among e-book retailers. As a consequence, an antitrust lawsuit was filed by the Justice Department last year against Apple and its five original partner publishers. Allegedly, Apple and the publishers colluded to fix e-book prices. The publishers involved in the case have since decided to settle, leaving Apple as the sole defendant in the case. 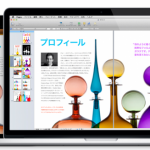 New iBooks Update Announces iBookstore's Expansion In Japan
Nothing found :(
Try something else