You are using an outdated browser. Please upgrade your browser to improve your experience.
by Aldrin Calimlim
March 21, 2013
The U.S. Department of Justice is set to purchase hundreds of thousands of iOS devices as part of its communications network upgrade. This is according to Electronista, which claims that the Pentagon "will be ordering just over 650,000 iOS devices" from Apple after the completion of the ongoing federal budget cuts. The tech news site notes an order breakdown that includes 120,000 iPads, 100,000 iPad minis, 200,000 iPod touches, and some 210,000 iPhones. In addition, it's been told that "more than half are headed to the battlefield, afloat, and to associated support commands. Most of the rest will stay [at the Pentagon]." As expected, this bulk order for iOS devices will come at the expense of BlackBerry. Indeed, the devices from Apple are said to replace the hundreds of thousands of BlackBerry devices being used in the Department of Defense. Apparently, the replacement comes as a result of these BlackBerry devices' incompatibility with the new BlackBerry 10 operating system. As far back as a couple of years ago, it was already reported that the U.S. government in toto had planned to replace its BlackBerrys with iPhones and replace its laptops with iPads. And just last month, the government had thousands of iPads “neutered” so that they might be used securely in various federal agencies. 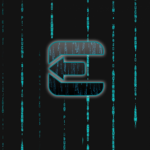 Apple Gives Credit To evad3rs Jailbreak Team For Majority Of Fixes In iOS 6.1.3 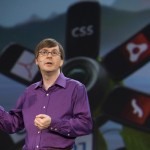 Adobe CTO Kevin Lynch Abandons Adobe For Apple, Will Report To Bob Mansfield
Nothing found :(
Try something else