You are using an outdated browser. Please upgrade your browser to improve your experience.
by Brent Dirks
March 29, 2013
Apple’s iRadio service is moving closer to reality and may appear as early as this summer, according to The Verge. In a wide-ranging look at the state of streaming Web radio, the site did have some good news about Apple’s entrance into the field:

Now multiple music industry insiders have told The Verge that significant progress has been made in the talks with two of the top labels: Universal and Warner. One of the sources said "iRadio is coming. There's no doubt about it anymore." Apple is pushing hard for a summertime launch.

That’s definitely a big change from what we reported earlier this month. Rumors then stated the service was delayed thanks to negotiations with those oh-so-friendly (and greedy) record companies. In February, after the introduction of an untethered jailbreak for iOS 6 devices, some interesting graphic files were uncovered deep inside the file structure of the iPad’s music app. One button even had the word “buy” in its file name, definitely suggesting that it has something to do with a streaming service. And unlike with iTunes, Apple’s service, whenever it launches, will have to compete with some formidable foes. Along with Pandora, Spotify is also planning a free streaming service for mobile devices, including the iPhone and iPad. Are you interested in another streaming subscription service? While I’ve always been a big fan of Spotify, maybe Apple can offer something different. 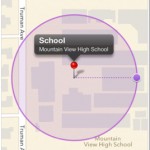