You are using an outdated browser. Please upgrade your browser to improve your experience.
by Juli Clover
April 2, 2013
Last week, T-Mobile announced that it would begin carrying the iPhone 5 in April. One of the carrier’s major selling points was the inclusion of HD Voice, which is wideband audio that facilitates clearer, crisper phone conversations. HD Voice, which requires support on both the hardware and network end, isn’t new. In fact, it shipped with the first iPhone 5s in September, but no carriers in the United States offered support for the technology until T-Mobile came along. Now that T-Mobile has pledged to offer up better sounding phone calls, AT&T is jumping on the bandwagon. All Things D reports that AT&T senior vice president Kris Rinne said at a conference today that AT&T will roll out support for the feature later this year, as it switches to LTE for its voice calling. “HD Voice is part of our voice over LTE strategy,” said Rinne, who also mentioned the carrier’s plans to begin work on advanced LTE, which will reduce interference on calls. HD Voice, which only works with other HD Voice-enabled devices, has been available for a few European and Canadian carriers for quite some time. With AT&T and T-Mobile offering the service, it shouldn’t be long until the other two major carriers in the U.S., Sprint and Verizon, fall into line as well, improving overall call quality for the majority of iPhone users 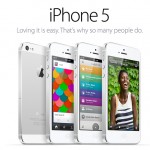 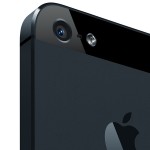 The iPhone 5 Will Arrive On T-Mobile Next Month
Nothing found :(
Try something else