You are using an outdated browser. Please upgrade your browser to improve your experience.
by Brent Dirks
September 13, 2012
While Apple touted the iPhone 5’s wideband audio feature as a major selling point during its media event yesterday, customers in the U.S. will be out of luck. We already knew that Verizon and AT&T wouldn’t support the protocol, but Sprint has confirmed to PhoneScoop that the iPhone 5 won't work over the company’s version of the service. Also known as HD voice, the feature operates over the GSM-based WCDMA band. But Sprint’s service will work on CDMA 1X technology. On stage yesterday, Apple announced that the feature, which increases the fidelity of calls to make voices sound more natural, would be supported by carriers like Orange and Deutsche Telekom. The iPhone 5 will be available in nine countries on launch day next Friday, Sept. 21. Pre-orders can be placed starting tomorrow. By the end of the year, more than 240 carriers in around 100 countries will be selling the new handset. During the first weekend, analysts are estimating that the iPhone 5 may sell anywhere between 5 and 6 million units, which would easily top the 4 million iPhone 4S  handets sold during its original launch last year. Source: PhoneScoop Via: The Verge 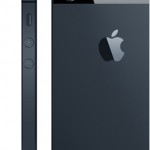 No Major Carriers In The U.S. Will Support The iPhone 5’s Wideband Audio

No Major Carriers In The U.S. Will Support The iPhone 5’s Wideband Audio
Nothing found :(
Try something else