You are using an outdated browser. Please upgrade your browser to improve your experience.
by Bryan M. Wolfe
April 2, 2013
Apple has dropped the price of older iPhones in Brazil by 25 percent. The change suggests that Apple is making a bigger push for business in Latin America, according to Journal O Globo. Beginning April 1, the unsubsidized price of the iPhone 4S in Brazil dropped to $840 for a 16GB model. By contrast, the iPhone 4 is available for $544. These prices, however, remain very high when compared to what those in the U.S. pay. Apple sells an unlocked and unsubsidized iPhone 4S in the U.S. for $549, while the iPhone 4 retails for $450. According to the report, the new prices in Brazil are permanent and not part of a special promotion. Cupertino's relationship with Brazil has been a complicated one. In recent months, the company lost the iPhone patent in South America's largest country. In addition, the Brazilian Institute of Politics and Law Software (IBDI) has filed suit against Apple, claiming that the quick release of the iPad with Retina display in 2012 constituted “planned obsolescence” with regards to its predecessor, the New iPad. 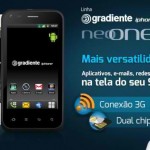 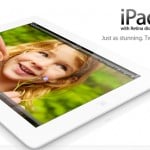 Apple Getting Sued For ‘Planned Obsolescence’ Of iPad 3
Nothing found :(
Try something else