You are using an outdated browser. Please upgrade your browser to improve your experience.
by Aldrin Calimlim
March 11, 2013
A month ago, Apple lost the exclusive rights to use the "iPhone" trademark in Brazil. The rights were then granted to the Brazilian telecommunications firm IGB Eletronica, whose chairman nonetheless said, "We’re open to a dialogue for anything, anytime … we’re not radicals." Well, it appears that a dialogue has indeed taken place between the two parties. Forbes has the story:

According to Brazil’s largest daily, Folha de São Paulo, both companies have agreed to end the lawsuit over iPhone and come to some sort of “pacific agreement,” the paper reported on Saturday. Apple has paid millions for its exclusive use of the word iPhone in the past and will likely pay IGB as well.

The trademark was actually registered at Brazil's Institute of Intellectual Property (INPI) by Gradiente Eletronica, an electronics brand owned by IGB, back in 2000. That was seven years before Apple's iPhone was launched. Gradiente, however, released its "iphone" line of Android-powered smartphones just last December. In July last year, Apple reached a $60 million settlement with Proview to resolve their dispute over the iPad trademark in China. Care to hazard a guess as to how much Apple would be paying IGB this time for the iPhone trademark in Brazil? Once Apple completes the settlement, it would have to deal with another legal matter in Brazil. As we reported last month, Brazil's Institute of Politics and Law Software (IBDI) has filed a lawsuit against Apple. The lawsuit claims that the quick release of the fourth-generation iPad with Retina display constitutes "planned obsolescence" with regards to its predecessor, the third-generation "new" iPad. Via: AppleInsider 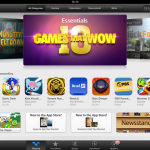