You are using an outdated browser. Please upgrade your browser to improve your experience.
by Aldrin Calimlim
April 27, 2013
If you're hooked on Disney Fish Hooks, the iOS game based on the Disney Channel original series "Fish Hooks," then you'll be delighted to know that the game has just caught its first ever update. Released in mid-August last year, Disney Fish Hooks is a physics-based puzzle game that has you playing as Milo, the adolescent fish star of said TV series. In the game, you must become the master of inter-task bubble travel by creating and popping bubbles to find your way to the exit in each level. And in Disney Fish Hooks' first ever update, which brings the game to version 2.0, there are more than 50 new underwater levels for you to conquer. These new levels are bundled in the game's new expansion pack. Featuring new challenges, new playable characters, and new gameplay elements, the expansion pack can be unlocked via a $0.99 in-app purchase. Compatible with iPhone, iPod touch, and iPad, Disney Fish Hooks 2.0 is available now in the App Store as a free update or as a new $0.99 download. Disney Fish Hooks 2.0 also delivers the game's long-overdue optimization for the iPhone 5 and fifth-generation iPod touch's 4-inch screen. Also, it offers HD graphics for supported devices. After installing or updating the game, you will be prompted to download HD textures for your device. [gallery link="file" order="DESC"] 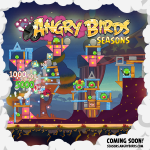