You are using an outdated browser. Please upgrade your browser to improve your experience.
by Brent Dirks
April 4, 2013
The Facebook phone is here, kind of. In an event today at the company’s headquarters, CEO Mark Zuckerberg unveiled Facebook Home, a home launcher for many Android devices. Instead of trying to compete with Apple and Samsung by providing a total hardware and software experience, Facebook Home is really designed to keep the social network relevant (and profitable). Home’s major focus is on people instead of apps. Here’s a quick teaser video with a better look at some of the features. Click here if you can’t see the video. Sporting integration with other Facebook services like chat and messages, Zuckerberg called it the “next version” of the social network on mobile devices. Just don’t look for it on iOS devices anytime soon, according to Engadget:

As for when Home will make the transition to iOS, Zuckerberg seemed less optimistic, telling reporters that Android's openness and lack of direct oversight from Google was the major contributing factor to its unveiling today. A version of Home for iOS would require a "partnership" with Apple, which maintains strict control over its "closed" ecosystem; a pairing that would implicitly see Facebook ceding some control to Cupertino.

And quite honestly, I’m just fine with that. While there are some parts of Home that look spectacular, I can’t say I’d want that much Facebook integration with my iPhone or iPad. Even though I am a frequent user of the social network, I only want it to be part of my mobile computing experience, not the central focus. And here’s a good reason why. Facebook makes the lion’s share of its profit from ads. And not surprisingly, The Next Web said Zuckerberg answered questions regarding advertising and Home:

The key quotes from Zuckerberg himself were that “there are no ads in this yet. I’m sure at some point there will be.” The company went on to directly implicate Cover Feed as a location where ads will be displayed.

That being said, I think the overall UI looks gorgeous. The focus on full-screen photography brings a modern look to the home screen. Skeuomorphism is nowhere to be found. Let’s hope Jony Ive takes notice and can provide his own take on a “flat design” with iOS 7. We recently reported that iOS 7 will sport a “significant system-wide UI overhaul.” The changes are apparently so stark that engineers who have the version installed use a polarizing filter to decrease viewing angles for any nosy observers. 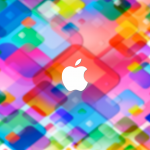 We Will Probably Still See iOS 7 In June, But The Next iPhone Is Another Story

Apple Reportedly Pulling OS X 10.9 Engineers To Work On Behind-Schedule iOS 7
Nothing found :(
Try something else