You are using an outdated browser. Please upgrade your browser to improve your experience.
by Aldrin Calimlim
April 3, 2013
Following The Wall Street Journal's new report concerning Apple's plans to start production of the next-generation iPhone this quarter, several Apple pundits have begun a Branch discussion on what lies immediately ahead for Cupertino. To be sure, the discussion thread is filled with many interesting comments. But perhaps none is more interesting than those posted by John Gruber of Daring Fireball. Most notably, Gruber remarked that based on what's he's heard, "iOS 7 is running behind, and engineers have been pulled from OS X 10.9 to work on it." This recalls that time in 2007 when Apple had to borrow some manpower from its OS X 10.5 team so that it can focus more on the original iPhone. Gruber also points to the possibility of a systemwide UI redesign in iOS 7, thanks in no small part to Jony Ive's predilection for "flat design":

Regarding Ive: Word on the street is that iOS engineers with carry privileges all have some sort of polarizing filter on their iPhone displays, such that it greatly decreases viewing angles, thus making it difficult for observers to see the apparently rather significant system-wide UI overhaul.

As for the launch of the upcoming refresh of Apple's mobile operating system, it's expected to be one of the highlights of the Apple Worldwide Developers Conference (WWDC) in June. You can read the rest of the Branch discussion here. Image: iOS 7 Settings.app concept by Louie Mantia 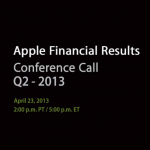 Apple CEO Tim Cook Issues An Apology To Chinese Customers Over Warranty Policies
Nothing found :(
Try something else