You are using an outdated browser. Please upgrade your browser to improve your experience.
by Joe White
April 29, 2013
Brett Terpstra has just made it easier to save high quality iOS app icon images in OS X. Using a new script developed by Terpstra (which also comes in an Automator application version), Mac users can search for an app that has been downloaded to their iTunes library, and can "grab" a high-resolution icon image for the application in question. Terpstra explains over at his blog:

As a blogger who writes about a lot of apps, I frequently need to grab artwork for iOS apps. iTunes and its web previews don’t make this an easy task, especially for high-res versions. To assist in this process, I wrote a quick script to allow me to search for an iOS app by name and instantly write its 1024px version (or the highest resolution available) to the current directory in Terminal.

At his blog, Terpstra has also included an Automator version of the script. By simply launching the Automator application, users can search for an app that they've downloaded via a pop-up window, and the application's icon will be saved to the user's desktop. While the extracted app icons saved will be square rather than rounded, Terpstra has also included a mask that users can overlay the icon image with, thereby creating the effect used in the App Store. For more information, including the aforementioned script and a download link for its Automator counterpart, visit Brett Terpstra's blog. Alternatively, take a look at some of our recent news articles: Square Register 3.0 Introduces Item Library, Customizable Kitchen Tickets And More, Leaked KDDI Document Points To Summer Launch For iPhone 5S, and Might Apple Launch A Low-Priced iPad mini? . 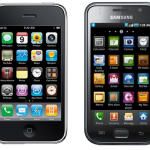 Apple Accuses Samsung Of Copying iPhone Icons, And Has The Images To Prove It 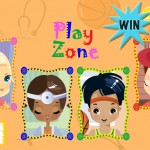 A Chance To Win Play Zone For iPhone And iPad
Nothing found :(
Try something else