You are using an outdated browser. Please upgrade your browser to improve your experience.
by Joe White
April 29, 2013
In a research note published by KGI Securities, analyst Ming-Chi Kuo argues that the future of Apple's iPad lies with its "mini" counterpart, and suggests that the Cupertino, Calif. company could be considering launching a low-priced iPad mini, in a bid to better compete against less expensive Android-powered tablets in the $199-249 price range. Kuo's hypothesis is that before launching a Retina display-equipped iPad mini, Apple might rather roll out a new small-sized tablet that will be available for a lower price. As a reminder, brand new iPad mini tablets in the Apple Online Store are available from $329 - a price that is, of course, less expensive than the 9.7-inch iPad, but isn't as low in price as its numerous Android-powered competitors. As MacRumors reports, Kuo speculates that:

Prior to [the] iPad mini 2 launch, Apple might roll out a more affordable iPad mini to compete with Android products. To cut costs, Apple might push for lower component prices, use a more advanced process to produce the A5 processor, simplify metal casing production, remove the rear camera, cut storage to 8GB and find more component suppliers to lower costs. We think this cheaper iPad mini [could] retail for US$199~249.

Recently, it has been suggested that Apple could make a less expensive, $300 iPhone available as soon as September 2013, and that such a product might grab around 11 percent of the low-cost handset market by 2014. At the minute, profit margins for the first-generation iPad mini are well below the company average, though this is no reason to argue against Kuo's speculation. With radical alterations to the small-size tablet, such as those outlined in the quoted text above, Apple might indeed find it possible to lower the price on a new, downgraded model. Kuo goes on to predict relatively low sales figures for the 9.7-inch iPad in 2013, due to the "cannibalizing" effect of the iPad mini. Have you purchased an iPad mini yet, or are you holding out to see what the forthcoming months will bring? For further news on the iPad mini, see: The iPad mini's Days Are Numbered, Sam's Club Is Offering Small Discounts On Apple's iPad mini, and Confusion Grows On When Apple Will Launch The Next iPad. 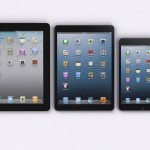 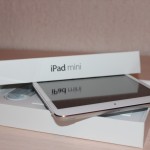 The iPad mini's Days Are Numbered
Nothing found :(
Try something else