You are using an outdated browser. Please upgrade your browser to improve your experience.
by Joe White
May 14, 2013
Previous reports have indeed indicated that Apple may have a "phablet" in development, however according to one prominent analyst we'll not see this supersized iPhone launch until mid-2014 at least. The opinion is that of Jefferies & Co.’s Peter Misek, who commented on Apple's present relationship with Samsung, and how the forthcoming iPhone 5S could fare against the Galaxy S4. Speaking with Bloomberg TV (via Barron's), he stated:

The S4 is a five-inch-screen product, so, broadly speaking, the two don’t really compete. We think Samsung will take significant market share this year. Here in the U.S., Apple will continue to garner great market share. The pressure for a larger-screen phone will continue to mount. Based on our supply chain work and our research on Apple’s technology, we don’t think they can produce a larger screen iPhone till the middle of next year at the earlier.

As a reminder, the iPhone 5S, which is expected to launch in fall this year, is believed to maintain the appearance and size of the 4-inch sixth-generation smartphone, the iPhone 5. However, like the rumored "budget" iPhone, which could capture 11 percent of the low-cost market by 2014 if launched later this year, it is thought that a supersized smartphone would serve Apple well. For example, according to a survey conducted at the beginning of the year, around 27 percent of smartphone users are looking for their next handset to sport a 5-inch display, and even Donald Trump has observed that Apple will "lose a lot of business" if the company fails to launch a bigger iPhone soon. The question, of course, remains: Would 2014 be soon enough? Let us know your thoughts. Additionally, for further industry related news, see: Coffee With Cook Auction Approaches Close, Current Bid Stands At $605,000, France Considering "Culture Tax" On The iPhone And iPad, and One Month After Its Debut, The T-Mobile iPhone Gets More Expensive. 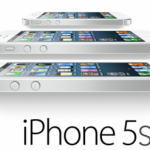 Apple's Next Handset Could Be Called The 'iPhone 6' After All ...

Apple And China Mobile Are Getting Closer To An iPhone Deal
Nothing found :(
Try something else