You are using an outdated browser. Please upgrade your browser to improve your experience.
by Joe White
May 31, 2013
Apple has recently increased the prices of its lines of iPads and iPods in the Japanese Online Store, blaming foreign exchange rates for the price hike. In Japan, Apple's 16GB iPad (Wi-Fi only) will now set customers back 49,800 yen ($493), an increase of around $70 from its original price of 42,800 yen. Apple's iPod shuffle now starts at 4,800 yen ($48), and saw an increase in price of $6. According to Bloomberg, Takashi Takabayashi, a spokesperson for Apple in Japan, said: "We made some pricing adjustments due to changes in foreign exchange rates." No further explanation was offered. Apple has, however, raised its prices in line with tax changes and exchange rates previously. This occurred in select European countries in October 2012, when the App Store's base price increased from €0.79 to €0.89. In the United Kingdom at the beginning of 2011, Apple Online Store prices increased to reflect the country's higher rate of value added tax (VAT). We'll keep you posted. In the meantime, see: Nuance Confirms That Its Software Powers Siri's Voice Recognition, Apple's iPhone Sales In India Are Up An Impressive 400 Percent, and No More Going Bananas Over Connection Problems In Say The Same Thing. 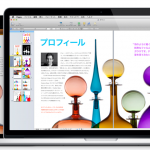 Apple Making A Play To Bring iBookstore To Japan, But It Won't Happen This Month
Nothing found :(
Try something else