You are using an outdated browser. Please upgrade your browser to improve your experience.
by Joe White
May 31, 2013
Nuance CEO Paul Ricci has officially confirmed that his company's software is the "fundamental provider" of voice recognition technology for Apple's Siri, the "virtual personal assistant" which launched in 2011. While 2011 saw countless articles claiming that Apple had been in talks with Nuance for several months, and that the proof would be revealed in iOS 5 (or, as it turned out, with the iPhone 4S), once Siri launched it was never formally confirmed that Nuance's software powered Apple's talkative creation. In conversation at AllThingsD's D11 conference, however, Nuance CEO Paul Ricci set the record straight, stating that:

We are the fundamental provider of voice recognition for Apple.

Ricci was careful to add that further software, such as Yelp and Wolfram Alpha, is accountable for Siri's artificial intelligence. But if you're curious to know which service is responsible for Siri's actual voice recognition, the answer is Nuance. Since its launch, Siri has received a lot of criticism, namely concerning the software's inability to recognize particular accents, and its sluggish processing speeds. Furthermore, head-to-head comparisons appear to indicate that Google's own Voice Search software does a better job when it comes to interpreting spoken questions and commands. As such, Siri is something we hope Apple improves in iOS 7. With a mere 10 days left until the company is expected to unveil its forthcoming software update at WWDC 2013, we don't have long to wait until we find out whether Apple's assistant is set to receive a performance overhaul. My fingers are crossed. In the meantime, see: Apple's iPhone Sales In India Are Up An Impressive 400 Percent, No More Going Bananas Over Connection Problems In Say The Same Thing, and Download Threadflip 2.0 And Get 20 Percent Off All App Purchases. 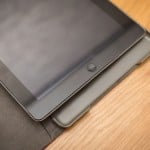 Updated: Video Purportedly Shows What The 'iPad 5' Will Look Like
Nothing found :(
Try something else