You are using an outdated browser. Please upgrade your browser to improve your experience.
by Aldrin Calimlim
May 21, 2013
As we told you last week, Apple is set to be the target of a Senate hearing tomorrow, May 21. Ahead of the hearing, which seeks to examine the company's alleged practices of shifting its profits offshore to avoid U.S. taxes, Apple has released its prepared testimony to the public. For its part, the U.S. Senate subcommittee in charge of the hearing has also released a memorandum regarding the matter. Apple CEO Tim Cook is set to testify at the hearing. Last week, Cook granted rare interviews with D.C. reporters. In his interviews, he was quick to defend Apple's conduct and mention ways in which the company is contributing to the U.S. economy. Cook's main points in support of Apple are more or less the same as those noted in the company's 17-page publicly released testimony. In its preliminary defense, Apple reiterates that it has been a "powerful engine of job creation" in the U.S., having kept its R&D in California and having paid out billions of dollars in royalties to developers. Apple also points out that it pays "an extraordinary amount" in U.S. taxes. Indeed, Apple is one of the top taxpayers in the U.S. as it it paid $6 billion in federal corporate income taxes in fiscal 2012 alone. Moreover, Apple maintains that it "does not use tax gimmicks." "I can tell you unequivocally Apple does not funnel its domestic profits overseas," Cook said in one of his interviews last week. "We don’t do that. We pay taxes on all the products we sell in the U.S., and we pay every dollar that we owe. And so I’d like to be really clear on that." The Permanent Subcommittee on Investigations of the U.S. Senate Homeland Security and Government Affairs Committee begs to differ, though. In its newly issued 40-page memorandum, the subcommittee notes:

The hearing will examine how Apple Inc., a U.S. multinational corporation, has used a variety of offshore structures, arrangements, and transactions to shift billions of dollars in profits away from the United States and into Ireland, where Apple has negotiated a special corporate tax rate of less than two percent. One of Apple’s more unusual tactics has been to establish and direct substantial funds to offshore entities in Ireland, while claiming they are not tax residents of any jurisdiction.

Cook is scheduled to testify in front of the subcommittee tomorrow at 9:30 a.m. EST, along with Apple CFO Peter Oppenheimer. 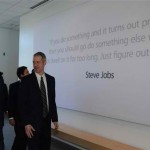