You are using an outdated browser. Please upgrade your browser to improve your experience.
by Bryan M. Wolfe
May 21, 2013
Marketing Week is out with its annual BrandZ list of “the top 100 most valuable global brands.” Apple leads the list for a third year in a row. Google, IBM, McDonald’s, and Coca-Cola follow. Apple’s “brand value” is $185 billion. However, its value only increased 1 percent year over year. Cupertino’s rate of growth has slowed by 95 percent due “to a slip in stock price and negative investor sentiment.” Apple’s share price is off nearly 35 percent from its September high. As Brandz director Peter Walshe explains:

(Apple's) brand value only increased by 1 per cent this year but it still holds the record for the most valuable brand. And it leads by a long way. The next brand in the ranking, Google, is worth $113.7bn [reversing a 3 per cent decline last year to a 5 per cent gain] so Apple is $71.4bn ahead - nearly the value of Coca-Cola, which just shows how strong, powerful and meaningful that brand is.

The rest of the top 10 include AT&T, Microsoft, Marlboro, Visa, and China Mobile. Apple first hit No. 1 in the Brandz survey in 2011 when it displaced Google. Cuerptino's previous rankings are as follows: The Brandz list places a value on the opinion of a brand’s customers. To do so, the folks behind it interview more than 2 million people in 30 countries. The value is calculated by taking the financial value created by a corporation and multiplying it by the brand contribution. See also: Fortune: Apple Remains The World's Most Admired Company For Sixth Year. 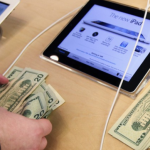 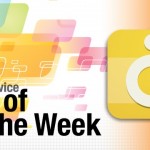 AppAdvice App Of The Week For May 20, 2013
Nothing found :(
Try something else