You are using an outdated browser. Please upgrade your browser to improve your experience.
by Bryan M. Wolfe
May 20, 2013
Apple is now evaluating and sampling tiny Organic Light-Emitting Diode (OLED) screens for the so-called “iWatch.” These tests will soon include actual product runs for the rumored wearable technology, according to Macotakara. OLED technology is significant in that it doesn’t require a backlight. As a result, it is much more battery-friendly versus a liquid crystal display (LCD). These types of screens are also said to be thinner and lighter than LCD displays. The screens being tested are 1.5-inches, and reportedly sourced from RiTdisplay, a Taiwanese group that specializes in flash memory, LED products, and AMOLED and OLED screens. Much has been written in recent months about Apple working on an iWatch. However, less is known about when such a product could actually launch to the public. Assuming that the details of this report are correct, it doesn’t look like Apple will launch an iWatch anytime soon. After all, Cupertino hasn't even picked out the device’s screen yet. However, assuming that the upcoming iWatch tests at Foxconn prove successful, we could still see the new product by the end of the year. The iWatch is one of three new products Apple is rumored to be working on. The others are the so-called “iPhone mini,” and “iTV.” As usual, we’ll keep you updated. See also: Apple's Curved Battery Research Could Point To Thinner iPhones, iWatch, and More Features Of Google Glass Will Soon Be Available To iPhone Users. Photo: Apple iWatch Concept by Esben Oxholm 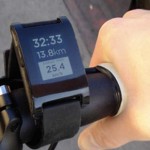 An Updated SDK Should Help Spur Development For The Pebble Smartwatch 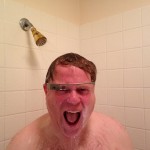 More Features Of Google Glass Will Soon Be Available To iPhone Users
Nothing found :(
Try something else