You are using an outdated browser. Please upgrade your browser to improve your experience.
by Joe White
May 3, 2013
Two new patent applications (1, 2) submitted to the U.S. Patent and Trademark Office reveal that Apple has been researching interesting and unorthodox battery designs, in which the battery itself curves or tapers at one end. It is anticipated that such batteries, if developed and implemented, would allow the company to produce a thinner line of iDevices, including Apple's highly anticipated "iWatch" product. As you can see, a curve at the end of the proposed battery would allow for a more efficient use of space inside the electronic device, since the battery itself could occupy the contours at the edge of the product. Apple Insider reproduces the following text from the filing's summary, in which such functionality is outlined clearly:

In some embodiments, the curve is formed to facilitate efficient use of space inside a portable electronic device. For example, the curve may be formed at one or more ends of the battery cell to allow the battery cell to occupy a curved and/or rounded space within the enclosure of a laptop computer, tablet computer, mobile phone, personal digital assistant (PDA), digital camera, portable media player, and/or other type of battery-powered electronic device.

Equally so, by using the same method Apple's second patent demonstrates how a battery could be thinned at one edge, thereby fitting well within an iDevice of varying thickness. The result sees a battery design that tapers slightly to form a rounded edge, as in the below image: Apple recently published an additional patent application for a wraparound AMOLED display, which would look good in a future iDevice, and might also make a curved iWatch display possible to produce (as pictured in the lead image, above). With curved battery technology thoroughly researched, the development of wraparound display-equipped products would indeed be facilitated. We'll keep you updated with further information as we receive it. In the meantime, see: Google Asserts That Google Now On iOS Is No Battery Hog, Is Apple About To Give You A $10,000 App Store Gift Card?, and It’s Time To Dig That Old Wii Fit Board Out Of The Basement. 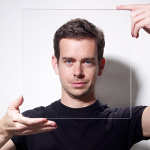 Microsoft Rumored To Join In 'Smart Watch' Race Against Apple, Samsung And Google
Nothing found :(
Try something else