You are using an outdated browser. Please upgrade your browser to improve your experience.
by Joe White
May 15, 2013
One Florida-based woman is suing Apple for $5 million on behalf of countless iPhone 4 owners over the fourth-generation handset's "faulty" power button. The lawsuit, which was filed recently in San Jose, Calif., claims that Apple knew about the defective iPhone 4 button, but nevertheless chose to retail the product worldwide. As evidence, Debra Hilton cites Apple's Support Communities forum, where a thread for "iPhone 4 Power Button Stuck" has attracted over 800,000 views, and more than 450 replies. Here, owners complain of loose, unresponsive power buttons on iPhone 4 handsets, as per the thread's original post:

Out of the blue today the power/lock button on my iPhone 4 became completely unresponsive. It doesn't seem to be jammed and it actually seems to be loose and a bit wiggly. Now I can't restart my phone and I can't lock it. I was wondering if this was a common problem with other iPhone 4 units and what would be the best way to go about getting it fixed. I got this phone from a friend about a month ago who had only used it for about two months before switching to a different phone. Prior to receiving this phone I had been using an iPhone 3G for two years with no problems whatsoever. This iPhone 4 has not been dropped or exposed to water or humidity of any kind.

As GigaOm reports, "The lawsuit claims that the defect typically arises shortly after one year at which point the warranty has expired, forcing consumers to pay $149 for repairs." Hilton is suing Apple for a total of $5 million in compensation, on behalf of iPhone 4 owners who have encountered the above issue. Recently, $15 checks started reaching iPhone 4 owners following a lawsuit concerning the handset's much-publicized "antennagate" fault. The first of these checks appear to have reached customers on April 22, 2013. Do you have an iPhone 4 handset that suffers from the aforementioned power button-related issue? 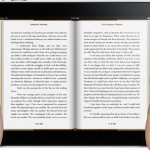 Apple Wins 'iBooks' Trademark Lawsuit, Will Continue To Use The Name 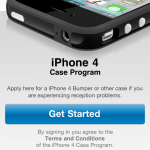