You are using an outdated browser. Please upgrade your browser to improve your experience.
by Joe White
May 30, 2013
While Tim Cook made a number of interesting points during his D11 interview, one announcement spotted by Fortune's Philip Elmer-DeWitt sheds light on the current state of the digital media receiver market. Specifically, Cook noted that his company has sold more than 13 million Apple TVs, meaning Apple currently holds an impressive 71 percent of the digital media receiver market. Compared against Roku (United States only) and Boxee Box sales, the latter of which is now discontinued, Apple is marching well ahead of the competition: Though according to Asymco's Horace Dediu, Cook isn't including the first-generation Apple TV in his estimates - if he did, then the total sales figure for the company's set-top box would be closer to 19 million. Despite this, however, 13 million sales still means that a big chunk of the digital media receiver market share pie has Apple's name on it: Admittedly, the above chart does ignore consoles such as the Xbox 360 and PlayStation 3, both of which offer "some of the same media functions but sell in the tens of millions," Fortune notes. Nevertheless, Apple's dominance in this dedicated market is impressive. Have you purchased an Apple TV? For further industry related news, see: Apple Unveils iSight-Less 16GB Fifth-Gen iPod touch, Now Available For $229, Greenpeace Applauds Apple's Hiring Of Former EPA Administrator Lisa Jackson, and Apple's iTunes Festival 2013 In London To Feature Justin Timberlake And More. 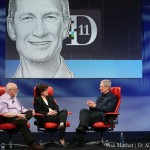 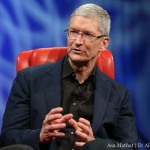