You are using an outdated browser. Please upgrade your browser to improve your experience.
by Aldrin Calimlim
May 30, 2013
During the opening session of this year's D11 conference, Apple CEO Tim Cook announced that his company has hired Lisa Jackson. Jackson, who served as the Administrator of the Environmental Protection Agency (EPA) from 2009 to 2013, will join Apple as its top environmental adviser. Now, following and regarding the announcement, a statement has been issued by the well-known environmental organization Greenpeace. The statement, posted on Greenpeace's official blog, commends Apple for its new, "green" hire:

“Apple has made a bold move in hiring Lisa Jackson, a proven advocate with a track record of combating toxic waste and the dirty energy that causes global warming, two of Apple’s biggest challenges as it continues to grow," says Greenpeace’s Senior IT Analyst Gary Cook. "Jackson can make Apple the top environmental leader in the tech sector by helping the company use its influence to push electric utilities and governments to provide the clean energy that both Apple and America need right now."

Last March, Greenpeace saw one of its Apple-focused campaigns come to fruition. After an outcry from Greenpeace last year, Apple made the commitment to run its data centers using renewable energy instead of "dirty" or nonrenewable energy. And just a couple of months ago, the company announced that its data centers are now running on 100 percent renewable power. Jackson referred to this move in her statement to Politico. "Apple has shown how innovation can drive real progress by removing toxics from its products, incorporating renewable energy in its data center plans, and continually raising the bar for energy efficiency in the electronics industry," she told Politico via email, using her iPhone. "I look forward to helping support and promote these efforts, as well as leading new ones in the future aimed at protecting the environment." 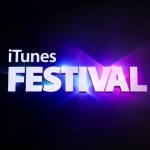 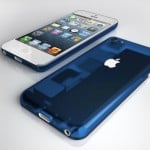 Pegatron Reportedly Tapped By Apple As Primary Maker Of Low-Cost iPhone
Nothing found :(
Try something else