You are using an outdated browser. Please upgrade your browser to improve your experience.
by Joe White
May 4, 2013
While Apple's stock value has indeed decreased over the last few months, the company's share of the U.S. smartphone market has grown, and is now an impressive 39 percent according to data from comScore. This places Apple ahead of Samsung, with the South Korean company currently holding 21.7 percent of the U.S. smartphone market, following a small increase of 0.7 percent between December 2012 and March 2013. Apple, on the other hand, saw a more impressive increase of 2.7 percent between the two quarters, which was no doubt powered by continuing interest in the company's iPhone 5 handset. For HTC, Motorola, and LG, however, it's bad news. All three companies saw a decrease in users between the two quarters, as outlined below: In terms of smartphone platforms, though, Google's Android takes the No. 1 spot, and holds a huge 52 percent. However, while Google saw a decrease in its Android user base (of 1.4 percent), Apple's iOS gained 2.7 percent of the market and, in second place, currently holds 39 percent: Together, Apple and Google control 91 percent of the smartphone platform market, leaving little room for the likes of BlackBerry, Microsoft, and Symbian. With rumors concerning an iPhone 5S and a low-cost "budget" iPhone heating up, it's possible that Apple's share of the above markets will continue to increase through 2013 and into 2014. Indeed, a less expensive handset, which offers customers "the iPhone experience" at a more affordable cost, might have the potential to absorb a percentage of users settling for Android-powered devices. We'll keep you updated with further information as we receive it. In the meantime, see: US Cellular Announces Plan To Begin Carrying Apple Products Later This Year, Stale iOS Devices Mean Declining Fortunes For A Key Apple Supplier, and Could Apple Initially Choose To 'Test' Its Low-Cost iPhone In Small Volumes?. 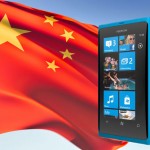 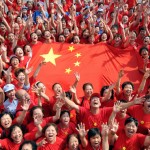