You are using an outdated browser. Please upgrade your browser to improve your experience.
by Joe White
May 11, 2013
According to reports from around the globe, Apple's two-step verification process for Apple IDs is now available in countries worldwide. As a reminder, the process, which launched back in March for the United States, the United Kingdom, Australia, Ireland, and New Zealand, provides users with the option of verifying one's Apple ID using two separate codes in order to increase Apple ID security. We explained:

The system will require a user to verify their identity before making changes to an account or processing an iTunes or App Store purchase from a new device. If enabled, the process takes the place of security questions. When two-step verification is enabled, a security code can be sent via SMS or through the Find my iPhone app, if installed. If you ever lose your device or forget your password, a recovery key will also be provided for accessing an account. You can enable two-step verification by logging onto the Apple ID website and then choosing the Password and Security section. 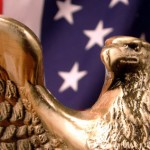 Apple's iOS 6 Gains FIPS 140-2 Certification, May Result In Government Use 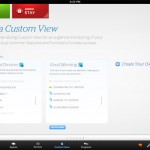 AT&T's Digital Life Service Goes Live In 15 Markets
Nothing found :(
Try something else