You are using an outdated browser. Please upgrade your browser to improve your experience.
by Aldrin Calimlim
May 11, 2013
The U.S. Department of Defense is set to issue early next week the security approval that will allow iOS devices to finally become part of its communication networks. As reported by Bloomberg:

At the beginning of this month, The Wall Street journal reported that the Pentagon would begin granting validation to both iOS device maker Apple and Android device manufacturer Samsung. Last week, Samsung had been given the go-ahead to make its devices running on its Android-based Knox security software available for Pentagon use. And just a few days ago, we told you that the National Institute of Standards and Technology had granted FIPS 140-2 certification (Level 1) to iOS 6, thereby paving the way for use of iOS 6-powered devices in the U.S. government. Consequently, Apple is expected to compete for military market share not only with Samsung but also with BlackBerry, which has long been the Pentagon's main smartphone supplier. Johnson noted, though, that the Pentagon would have to build a mobile device management system first before Apple's mobile devices could be extensively used by the military. 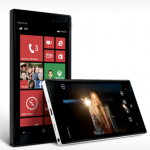 Sharp Reportedly Set To Begin Production Of iPhone 5S Display In June
Nothing found :(
Try something else