You are using an outdated browser. Please upgrade your browser to improve your experience.
by Joe White
May 8, 2013
Addial is a brand new jailbreak tweak that can add a series of Velox-powered Phone app functions to the Home screen. Once downloaded and installed, jailbreakers can swipe up or down on the built-in Contacts app to reveal a Velox folder, where users can then call a contact, dial a phone number, or add a number to their iDevice's address book. Being a Velox add-on, all of the above can be done from the Home screen itself. As a reminder, Velox allows jailbreakers to access app functionality and notifications via a folder-like interface, from the Home screen. Though the jailbreak tweak is compatible with a large number of built-in iOS apps, since its launch other jailbreak developers have expanded on the original package to add support for other aspects of the iPhone. Such was the case with Stopwatch for Velox, which we told you about just a couple of days ago. For more information on Velox, take a look at our below video demonstration. As of this minute, Addial can be downloaded free of charge in the Cydia Store, via the ModMyi repository. Take a look at the new jailbreak tweak now. http://www.youtube.com/watch?v=xRbXjFhfoB0&feature=player_embedded 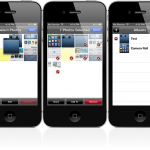 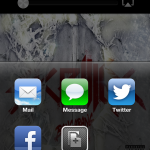