You are using an outdated browser. Please upgrade your browser to improve your experience.
by Joe White
May 16, 2013
Googiri is a new jailbreak tweak that allows users to enjoy the best of both Siri and Google Voice Search on a jailbroken iPhone handset. Once installed, jailbreakers who have Google Voice Search set as their default assistant (using a tweak such as NowNow) can choose to route to Siri for particular Siri-specific questions and commands, meaning you're less likely to hit a dead-end with Voice Search itself. While it's great to predominantly use Voice Search as the on-board personal assistant in iOS, problematically, there are particular questions or commands that Google's software can't handle, such as iOS app-specific instructions. With Googiri, users can have Google Voice Search auto-route to Siri either when such a situation arises, or when users preface their question or command with the word "Siri." As such, after installing Googiri, when asking Voice Search to "remind me to walk the dog," rather than misrecognizing the command, Google's voice recognition software will instead send users over to Siri, with the question pre-inputted. Siri will then guide users through the remainder of the process. Further system commands that will route to Siri include Messages, FaceTime, Twitter, and Facebook related statements, along with countless others. If you already have Google Voice Search set as your default voice recognition service, but often run into the aforementioned obstacles, consider downloading Googiri. At the moment, the new jailbreak tweak is available free of charge in the Cydia Store, via the BigBoss repository. Take a look at the new package, or for further jailbreak related news, see: Cydia Tweak: JellyLock Lock Screen Tweak Updated With New Features, Cydia Tweak: LockBar Settings Lite Is Finally Ready For Action, and Cydia Tweak: Search The App Store From Velox With AppLook. 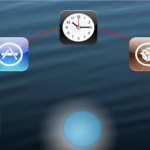 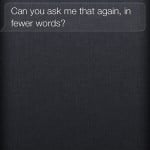 Siri Wants You To Ask Shorter Questions
Nothing found :(
Try something else