You are using an outdated browser. Please upgrade your browser to improve your experience.
by Joe White
May 7, 2013
One new jailbreak tweak, FullScreen Album Art, does exactly what it says on the box. That is, once downloaded and installed, the album art of tracks currently playing on a jailbroken iPhone or iPod touch will take up the entirety of the iDevice's Lock screen, rather than just the middle portion. After installing FullScreen Album Art, no further action on behalf of the user needs to be taken. Instead, the jailbreak tweak will automatically force the album art of music currently playing to assume all of the iDevice's Lock screen, as pictured above. Disabling the jailbreak tweak is merely a case of uninstalling the package from within the Cydia application, and that's all there is to FullScreen Album Art. It's as simple as that. As of this minute, the effective jailbreak tweak can be downloaded free of charge in the Cydia Store, via the ModMyi repository. Take a look at FullScreen Album Art now, or for further jailbreak news, see: Cydia Tweak: Camera Grabber Customizer Grabby Hits The Cydia Store, Cydia Tweak: Stopwatch For Velox Makes The Great Tweak Even Better, and Cydia Tweak: Luna Brings Do Not Disturb Toggles And Better Notification Banners. 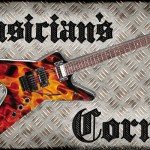 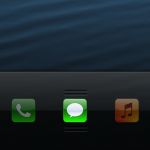