You are using an outdated browser. Please upgrade your browser to improve your experience.
by Bryan M. Wolfe
May 31, 2013
Rovio is out with a new book about its most profitable franchise. “Angry Birds: Hatching a Universe” is available now in hardcover format. Available through Amazon, the $32.55 “Angry Birds: Hatching a Universe" is 162 pages. It is described as taking “an in-depth look at a number of exciting and sometimes offbeat aspects of the Angry Birds world from its impact on popular culture, to its expansion into other mediums such as animation, and even the Angry Birds-influenced design of Rovio’s offices!” The book launch comes just days after reports surfaced that Rovio had introduced a line of sodas featuring the pesky fowls. Here are some images from the book:

In 2012, Finland-based Rovio reported sales of $195 million. Its many iOS game titles include the classic Angry Birds, Angry Birds Space, and Angry Birds Star Wars, among others. “Angry Birds: Hatching a Universe" is shipping now. There has been no word on whether Rovio will be releasing an e-book version. Will you be buying this coffee table book, or has Rovio taken this Angry Birds thing way too far? See also: Rovio Teams Up With Sony For Angry Birds Movie, Scheduled For A July 2016 Release, and Angry Birds Creator Rovio To Publish Third-Party Games Under Rovio Stars Program. 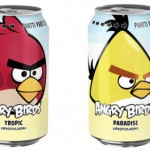 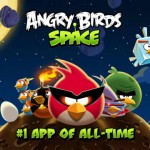 Blast Off Into The App Store And Download Angry Birds Space Right Now For Free
Nothing found :(
Try something else