You are using an outdated browser. Please upgrade your browser to improve your experience.
by Bryan M. Wolfe
May 11, 2013
Oggl is here. The photo-filtering app by the makers of Hipstamatic is now available for download in the App Store. The free Hipstamatic Oggl app hopes to take on Facebook's Instagram by creating a showcase for photographers to post their best work. It was first teased earlier in the week. Hipstamatic Oggl includes many of the camera tools from the original app. These include a significant number of filters and lenses. Unlike in the first app, however, these and future items will be offered to Oggl users through a subscription plan. Priced at $0.99 per month, or $9.99 per year, this subscription will cover past, current, and future options. For those that don’t wish to subscribe, Hipstamatic Oggl includes five pre-loaded “favorites” for situation shooting. These include: nightlight, food, portraits, landscapes, and sunsets. Plus, current Hipstamatic users will be able to import their previously purchased items into the new app free of charge. We’ll have more to say about Hipstamatic Oggl in the coming days. In the meantime, you can download the free app right here. For now, you must receive an invitation to actually use the service. You may request an invitation directly from within the app, or do so through the official Hipstamatic Oggl page on the Web. Additionally, Hipstamatic Oggl users are allocated three invitations to give to family and friends. Hipstamatic, which launched in 2011, was once the most popular photo editing/sharing app for iPhone in the App Store. However, when Instagram arrived just a few months later, its popularity began to wane. At last count, Hipstamatic has 4 million users, with 60 million shots taken each month. Facebook's Instagram, by comparison, has 100 million users. 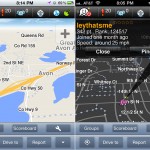 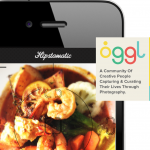 Updated: Get Ready To Oggl Hipstamatic’s New Photo Filtering iPhone App
Nothing found :(
Try something else