You are using an outdated browser. Please upgrade your browser to improve your experience.
by Aldrin Calimlim
May 22, 2013
After nearly seven months of getting nothing but bug-fixing and performance-enhancing updates, Pandora Radio for iOS has finally gotten another major update. The latest update to the official iOS app of the popular automated music recommendation service adds integration with the largest social network on the planet. With the newly updated Pandora Radio for iOS, you can now update your Facebook Timeline with the stations you listen to and the music you love. Just tap the Publish to Facebook button after downloading or updating to the new version of the app to get started with Pandora Radio's new Facebook sharing feature. You can also customize what you share to Facebook in the app's privacy settings section. The new Pandora Radio update also adds the ability to tap the album artwork to access additional music details. These include, but are certainly not limited to, song lyrics and artist information. The update also adds easy access to the enhanced track menu for creating a new station or sharing, purchasing, and bookmarking music. And just like the many updates that preceded it, this update also includes bug fixes and performance enhancements. Compatible with iPhone, iPod touch, and iPad running iOS 3.0 or later, the new version of Pandora Radio for iOS is available now in the App Store for free. In related news, Apple's long-rumored music streaming service, which is said to closely resemble Pandora Radio, is reportedly stalled because of issues concerning "the economics of skipping songs." [gallery link="file" order="DESC"] 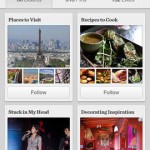 Get More Information From Product, Recipe And Movie Pins In Pinterest For iOS 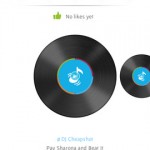 TuneBash Gets Updated, No More ‘Tune Crash’
Nothing found :(
Try something else