You are using an outdated browser. Please upgrade your browser to improve your experience.
by Joe White
May 2, 2013
Though T-Mobile and MetroPCS have now completed their merger, this doesn't necessarily mean that the latter carrier's 9 million customers will soon have a chance of getting hold of an iPhone handset. While it is possible that Apple's smartphone could at some point come to MetroPCS, T-Mobile CEO John Legere has recently confirmed that such a move is "not imminent." Speaking with All Things Digital, Legere had this to say:

As for the iPhone coming to MetroPCS, Legere said it’s a possibility, but not a foregone conclusion.“The answer to that is not ‘No,’” Legere said, but added, “It’s not imminent; I think that’s safe to say.” There are two big factors. One is how T-Mobile decides it wants to position the two brands and manage its marketing. “It’s also something that involves Apple,” Legere said, but added that “we’ve started those dialogues with our partners.”

T-Mobile has only been offering the iPhone for a short while, though the so-called "un-carrier" has already enjoyed a successful handset launch in April, promoted a well-received iPhone trade-in program, and has also developed a couple of TV ads for its new smartphone, in which the choice between iPhone carriers is declared to be "simple." Given that the iPhone 5S is expected to launch in fall (at the latest), it could be that a MetroPCS-compatible handset won't become available until the forthcoming model is unveiled. We'll keep you updated with further information as we receive it. 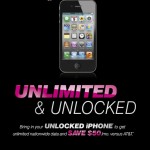 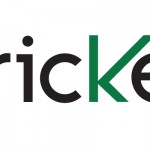