You are using an outdated browser. Please upgrade your browser to improve your experience.
by Bryan M. Wolfe
May 31, 2013
There is a reason most app developers turn to Apple’s App Store first when launching new products. Despite there being more Android-based devices in the world, the iOS ecosystem continues to dominate where it counts the most -- total revenue. According to a new Distimo survey, 73 percent of all app revenues are generated in the App Store. This compared to 27 percent for Google Play. The survey, which looked at earnings generated for all ranked applications in both stores in the 18 largest countries, does suggest that Android is gaining, however. In November, iOS accounted for 81 percent of all revenues, versus Android’s 19 percent. Through April, the App Store generated $5.1 million in sales per day for the top 200 grossing apps. This compared to Google Play’s $1.1 million. According to the report:

The vast majority of applications in those two top lists contained free applications with In-App purchases and this business model automatically generates the most revenue in both stores. The higher revenue share in the Apple App Store compared to Google Play was also characteristic for long tail applications and did not apply solely to popular applications. 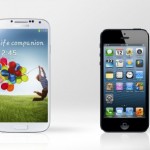 Android Smartphone Users Love To Talk, iPhone Users Not So Much 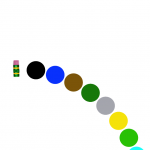