You are using an outdated browser. Please upgrade your browser to improve your experience.
by Bryan M. Wolfe
May 14, 2013
If you’re in North America and tend to watch Netflix programming while at home, you’re certainly not alone. Nearly one-third of the content consumed via the Internet each day is from the streaming video service, according to Sandvine, a broadband service company that tracks Internet usage. In their new report, “Global Internet Phenomena Report: 1H 2013,” Sandvine finds that despite more competition, Netflix continues to be the market leader for streaming video during the nighttime hours. In fact, it isn’t even close. To date, the company accounts for 32.25 percent of all Internet traffic. This compares to YouTube’s 17.11 percent. Far behind are Hulu at 2.41 percent, and Amazon with 1.31 percent. These numbers include data transmitted from a home network, via Wi-Fi, to mobile devices, including the iPhone/iPod touch and iPad. Meanwhile, YouTube continues to lead when you look at data usage on wireless networks. The Google property generates 27.33 percent of the network traffic with the nearest video competitor, Netflix, at just 3.98 percent. Other findings include: In recent days, Netflix and YouTube have both announced new services for users. The former recently announced a new family plan. For $11.99 per month, up to four family members can use the same account to watch four video streams simultaneously, on four separate devices. YouTube, meanwhile, recently announced new premium channels. 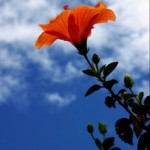 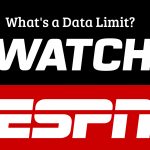 The Return Of Unlimited Data Plans Courtesy Of ESPN?
Nothing found :(
Try something else