You are using an outdated browser. Please upgrade your browser to improve your experience.
by Bryan M. Wolfe
May 28, 2013
In less than two weeks, Apple CEO Tim Cook will take to the podium at the Worldwide Developers Conference (WWDC) to deliver his keynote. With this event, we’ll finally have a better idea of what Cupertino is planning for the year. In recent weeks, we’ve been offering our ideas about what new and/or revised products and features should be announced during the keynote. Last time, we suggested the iPad mini 2, iRadio powered by Beats by Dr. Dre, and some iOS refinements. Two weeks ago, we offered iWork ’14, an iPhoto reboot, iOS trial software, and new iTunes Match features. In our third of a four-part series, we add two more items to our list.

There is zero chance that Apple would announce iWork ’14 and Microsoft Office for iOS at the same event. No matter, as we're still going to add the latter here. After all, were Microsoft to finally relent and bring Word, Excel, and PowerPoint to iOS, this would be big enough news to justify a WWDC introduction. Microsoft Office for iOS has long been rumored. However, each time it has looked like the suite was finally coming to the iPhone/iPod touch and iPad, the story has changed. This doesn't mean that Microsoft is forgetting about Apple users. The latest update for Office for Mac 2011 puts it more in line with the company’s more feature-rich Windows counterpart, Office 2013. In addition, the Mac software is now more immersed into the Office 365 ecosystem.

Rumors suggest that Flickr and Vimeo will soon be joining Facebook and Twitter as deeply integrated services in iOS. Some users don’t like this type of picking and choosing on Apple’s part. Nonetheless, as long as Apple keeps these types of integrations optional, most users will probably continue to be fine with it. With that being said, why stop at Flickr and Vimeo? Cupertino would be wise to announce so-called power apps in iOS 7. These apps would be offered as official alternatives to the native iOS apps. For example, iOS 7 would come preinstalled with up to five weather apps. Ultimately, it would be up to the user to decide which app would be the default. The same could be done for maps, stock, and camera apps as well. We’re not suggesting that Apple restrict the apps that are available for installation, or begin to discount the importance of their native apps. Rather, by including power apps, Apple would enhance the overall user experience especially for new users hesitant about visiting the App Store. That's it for now. We'll publish one final request for the WWDC keynote in the days ahead. In the meantime, be sure to take a look at our previous two reports located here, and here. What do you want to see announced at WWDC? 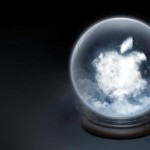 There Is No Way Apple Would Release An 'iPad maxi,' Right? 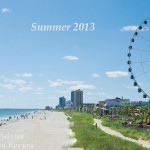 The AppAdvice Week In Review: AT&T's New Fee, Yahoo's Next Target And WWDC
Nothing found :(
Try something else