You are using an outdated browser. Please upgrade your browser to improve your experience.
by Bryan M. Wolfe
June 20, 2013
Amazon and Apple have been unable to resolve their dispute over the term “App Store.” As a result, an August 19 trial is looming, according to AppleInsider. At issue is Amazon’s use of the term “AppStore” to describe the place the online retailer sells Android apps. Apple believes that this term too closely matches that of “App Store.” Apple filed for the U.S. trademark for “App Store” in 2008. For their part, Amazon is arguing that “app store” is a generic term, “saying that it only signifies a digital repository for apps and doesn't specifically call Apple to mind." Microsoft also believes that the “app store” phrase is generic and shouldn’t be trademarked. In January, a judge ordered Amazon and Apple to resolve their conflict out of court. However, those talks have yet to bear fruit. The discussions have included a 45-minute phone call on June 14, and an all-day meeting on May 1. Amazon's AppStore for Android launched in March 2011, The store began selling Kindle Fire apps at the end of that same year. See also: Amazon Unveils Its Own Log-In Service For Third-Party Developers, and Amazon Says Yes To ‘Alpha House' And 'Betas' But Puts A Fork In 'Zombieland'. 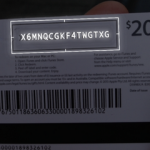 In iOS 7, iTunes Gift Cards Can Be Redeemed With An iPhone's Camera
Nothing found :(
Try something else